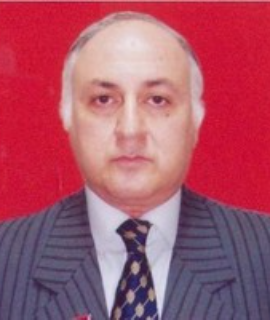 The stucks of drilling pipes occurred in an interval 4000-6000m,basically during realization of adding ofdrill pipe length.During this period (about 5 minutes)the drill string is without movement and without circulation.Almost during all stucks there is a circulation of mud solution,it means,that the collapse of rocks has not taken place ,the reason of the stucks is: difference of pressure between pore pressure and the pressure inside the stalk.As drilling pipes were stacked during the adding of drill pipe length,certainly.we cannot say that it’s a stuck of pipes in chute or jamming,because it happens while trip-in or trip-out,of drilling pipes(that is accompanied by slacking-off and tight pull).SDX is a gas well,the interval 4000-6000m is productive stratum, very likely,that it is layers,where there is big gas saturation.Therefore we can not redace the density of mud (That will reduce difference of pressure between the well and layer) we cannot,because during our stops and while the drilling,gas can penetrate into the the mud and it can get to very heavy consequences.Therefore, very likely,that after drilling the certain interval and before the following adding of drill pipe length it is not necessary hurries up,and about one hour to carry out flushing the well bit on the bottom(certainly moving it upwards and downwards and rotate it).During this time in the drilled again open hole,the new cake is forming on walls which sharply reduces the difference of pressure.Besides for this time of flushing it is better cleaning the well bore from drilling chips.Still recommend in the mud while the drilling in dangerous zones to add cake forming samples,for example clay,bitumen and others.It can reduce time of washings approximately till 30 minutes.Besides in the given zones it is better to use oil synthetic based mud,than on a water base.After the formation of qualitative cake on walls of the well bore also it is already possible to leave drilling pipes without mowement and to carry out our adding of drill pipe length.Certainly this hour washings reduce the general speed of drilling,but it will be prevented stacks during the connection making so also we will not have to drill side tracks.

Will be Updated Soon...