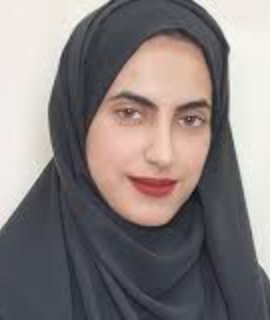 Recently, there has been a growing interest in the petroleum industry to improve the ultimate oil recovery by low-salinity polymer flooding (LSPF) with the synergetic effect of combining the polymer and low-salinity water injection. Although numerous research studies have focused on the technical and economic benefits of low salinity polymer (LSP), to the best of our knowledge, crude oil/ brine/ rock (COBR) interactions in LSP did not receive enough attention due to the complexity of the interactions between brine, polymer, crude oil and the rock surface. Therefore, this study aimed to investigate the impact of polymer on COBR interactions at different brine chemistry and improve the understanding of active mechanisms of LSPF. Partially hydrolyzed polyacrylamide (HPAM) polymer, Boise rock and a crude oil were used in the study. Zeta potential and pH measurements were performed to examine the role of polymer on electrical properties of brine/ rock and oil/ brine interfaces. In addition, rheological properties of the polymer were investigated at different salinity and brine composition. Changes in Boise rock surface charge through zeta potential measurements were investigated in the absence and presence of polymer. pH and rheology measurements for equilibrated brines with/without polymer and zeta potential of crude oil/equilibrated brine were performed The results revealed that addition of polymer to the brine not only increased the viscosity, but also affected the electrical charge at crude oil/ brine/ rock (COBR) interfaces and triggered pH increase of the brine. The impact of polymer on COBR interactions is mainly controlled by the water chemistry. In the absence of ions, polymer molecules did not affect the charge of COBR interfaces, while in the presence of ions at different composition and concentration, the charge of COBR interfaces changed towards more negative. Thus, presence of polymer in brine increases the electrostatic repulsion between crude oil/ brine and brine/ rock interfaces, increases electrical double layer (EDL) thickness and makes the water film more stable. A direct relationship between the viscosity of polymer solution and negative zeta potential between polymer molecules was observed at different brine chemistry. Moreover, presence of polymer at different brine chemistry resulted in an increase in the pH of the aqueous phase that in turn would reduce the adsorption of polar organic acids from crude oil. Therefore, in addition to the reduction of the water-oil mobility ratio, polymer molecules could contribute to an increase in the repulsion forces between COBR interfaces and an increase in the pH of the aqueous solution.

Will be Updated Soon...