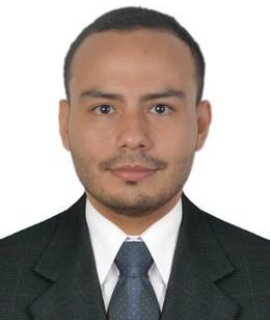 Heavy crude oils have been considered as an alternative that could offset the world's energy demand and have been widely studied in recent years. However, this type of crude oil is characterized by being asphaltic, dense, and viscous, with a low API gravity (10 to 22 °API) and high viscosity (>100 cP) in reservoir conditions, as well as its hydrocarbon fractions, tend to adhere to the surface of the rock, causing low mobility compared to conventional crude oil, which generates difficulties in its extraction and transportation processes, making the recovery factor of this type of crude oil low. For this reason, Colombia, occupying fifth place in possession of heavy crude oil reserves in Latin America, has focused on the study of enhanced oil recovery (EOR) techniques to increase the yield of these crude oils in oilfields in a more economically accessible way.

Currently, hybrid techniques such as injection of surfactant/nanoparticle formulations are being studied due to the properties of each of their components. In the case of surfactants, these are used to increase the viscosity of the injection water, making the mobility ratio between water and crude oil increase, but unfortunately, they tend to adsorb to the rock generating a low efficiency in crude oil recovery. To ameliorate this problem, it has been found that dispersions with nanoparticles (NPs) can modify the wettability of the porous medium and transport the surfactant to the oil/water interface instead of being adsorbed to the rock, making the oil encapsulated in the rock more easily released by forming highly stable emulsion with low viscosity and oil/water interfacial tension.

In this study, the effect of formulations composed of a surfactant S with silica (SiO2-NPs) or alumina nanoparticles (Al2O3-NPs) on the recovery of a Colombian heavy crude oil of 21 ºAPI @ 25 °C in a sandstone-type rock was evaluated. For this purpose, detergency tests were performed at 60 °C for 120 min, where solutions containing 10,000 ppm NaCl and 5,000 ppm surfactant S were used in the presence of NPs with concentrations in the range of 0 to 1,200 ppm. Finally, contact angle tests were performed to determine the change in rock wettability after the use of the formulations.

The results showed that the recovery percentages of the crude oils in the presence of the surfactant were in the order of 43 - 77 % w/w, while the use of the surfactant formulations with NPs promoted recovery yields in the range of 63 - 97 % w/w. Similarly, it was found that the rocks changed their wettability from oil-wet to water-wet after interacting with the formulations. Finally, the effect of the SARA fractions of the crude oil used on the mineral surface was studied, determining that resins and asphaltenes present a greater interaction with the porous medium, but with the application of this technological innovation rock/fluid interaction is reduced, suggesting that surfactant/NPs formulations can enhance crude oil recovery with a high potential for scaling up.